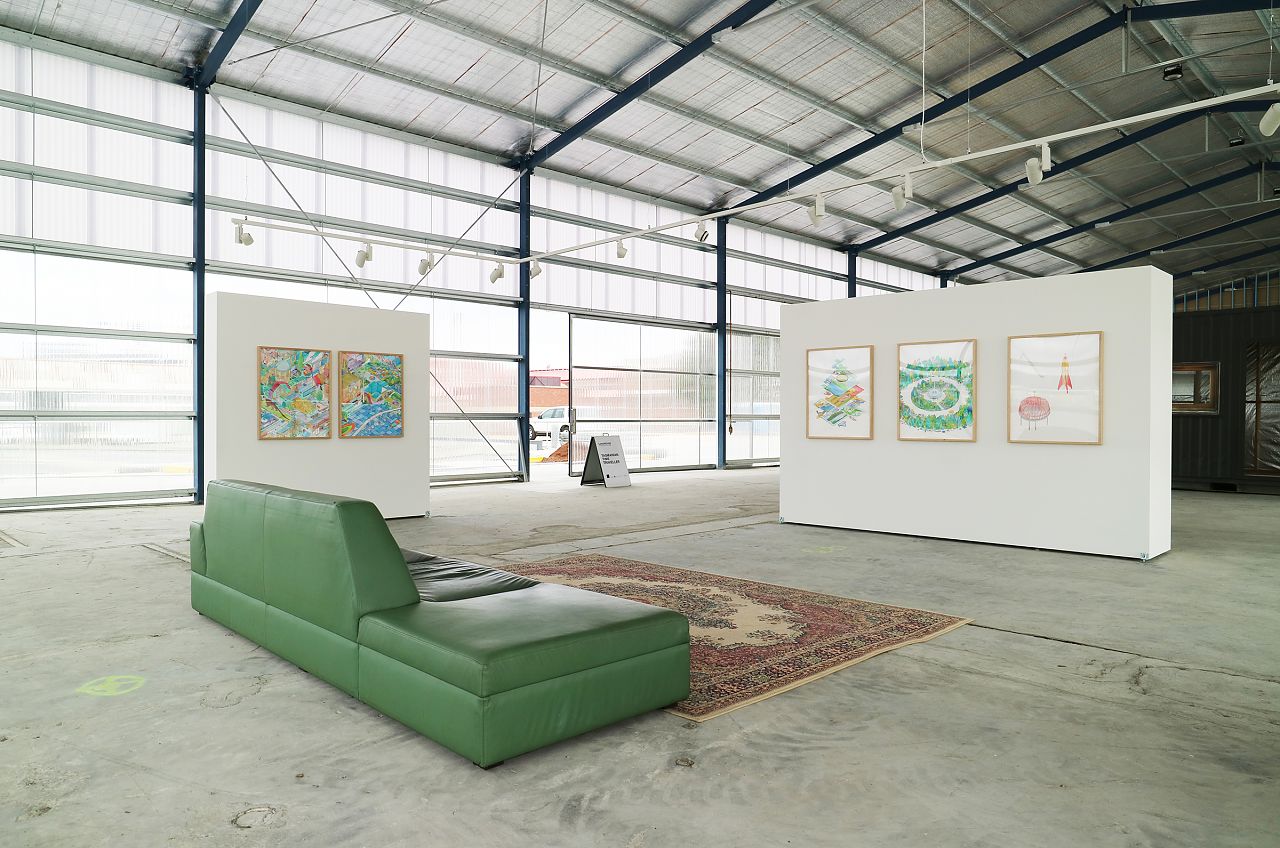 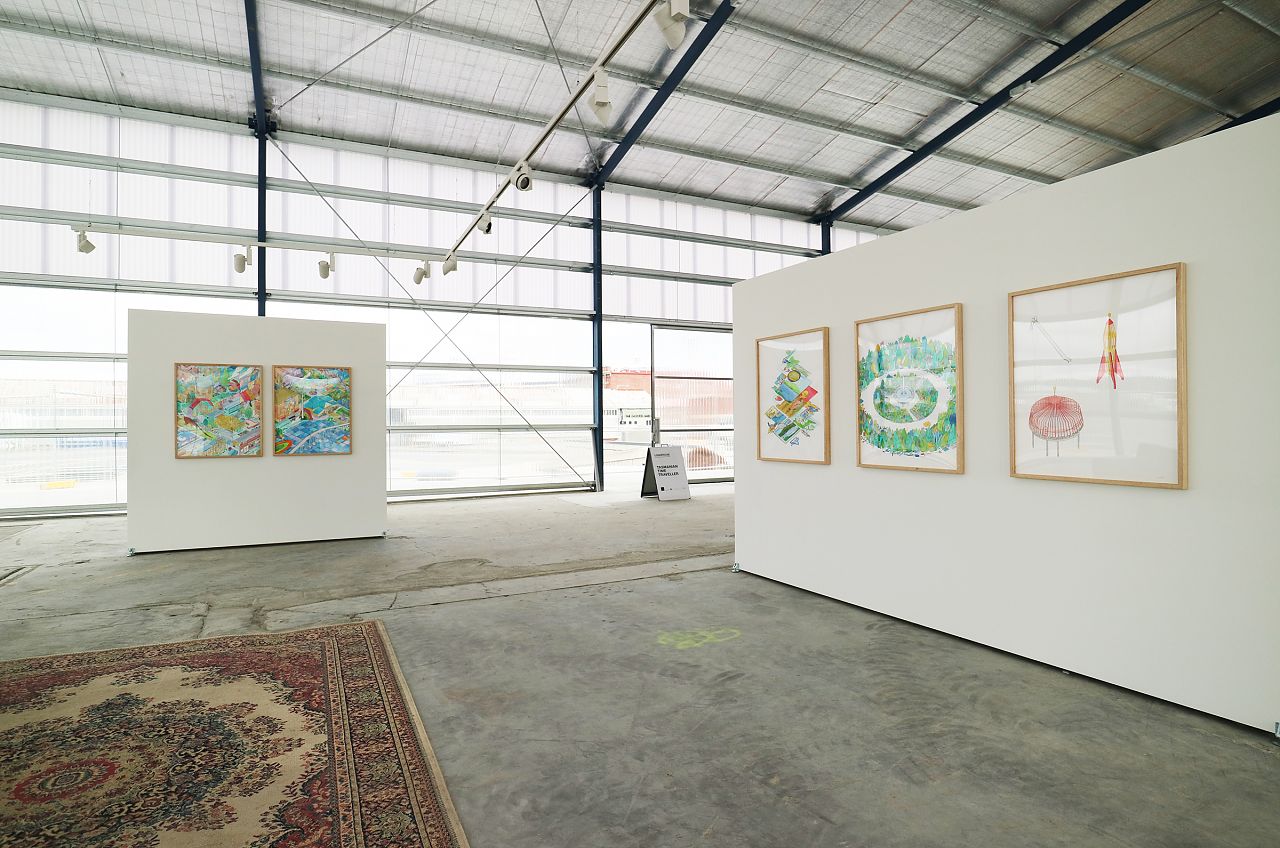 There is an extra terrestrial looking fountain in the centre of the Railway Roundabout on Brooker Highway at the top end of Hobart’s Liverpool Street. Since the 1960s it has been a much loved and maligned landmark of the city, left to deteriorate over time through neglect, and even the subject of a mysterious death. With such a checkered past, it is a marker that most Taswegians will have etched in their memory, for good or bad.

It has been almost 15 years since David Booth lived in Tasmania - a place that he finds himself intimately familiar with and completely detached from, simultaneously. In that time Hobart City Council undertook a major restoration of the fountain, reshaping the memories of those who recall its glory days by making it an icon of the city once again.

In his most recent series of works Booth plays time traveller. He takes us through Railway Roundabout to sites that he remembers from his childhood. They are not an accurate mapping of Hobart and beyond but a mass assembly of memories that seem to unsettle the natural laws of time, place and people, akin to collages of recurrent lucid dreams. As we cross the dense metropolis of storefronts and statues, through playgrounds and into his Grandfather’s farm now swelling with forest trees, we can see that in the disorganised chaos of these recollections, we are tapping into a memory that is not simply piecing together moments of the past, but also building alternate realities of what may have been.